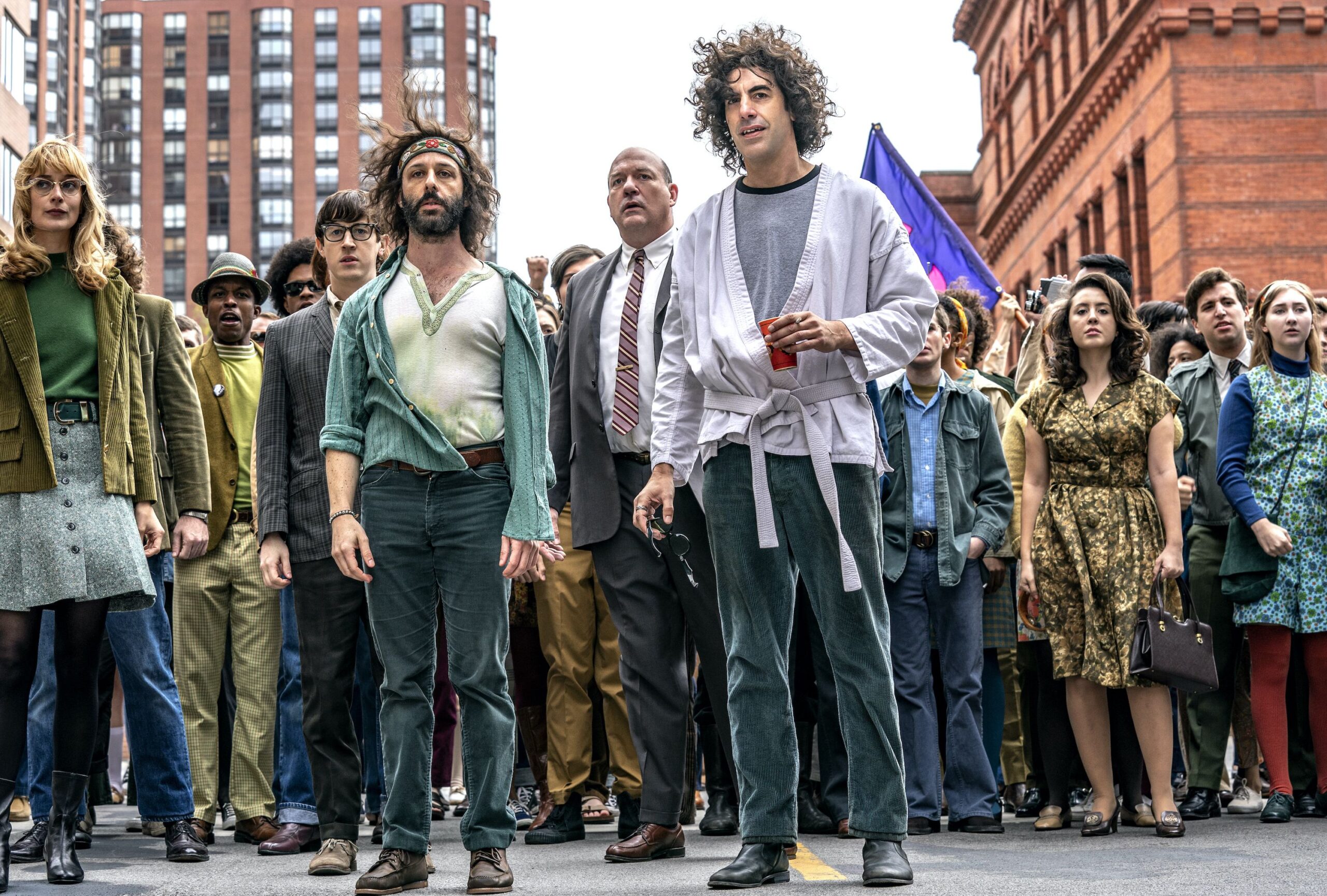 The clear winner of the LA Press Club's 6th annual Veritas Award is “The Trial of the Chicago 7,” written and directed by Aaron Sorkin. The outstanding ensemble cast is led by Eddie Redmayne, Sacha Baron Cohen, Yahya Abdul-Mateen II, Frank Langella and Michael Keaton. The powerful drama is produced by Marc Platt, Stuart Besser, Matt Jackson and Tyler Thompson and distributed by Netflix.

“On behalf of the producers, cast and crew of ‘The Trial of the Chicago 7,’ as well as Dreamworks, Cross Creek and Netflix, we’re honored to receive the LA Press Club’s Veritas Award. The Chicago 7 showed enormous courage in their efforts to hasten the end of the Vietnam War. We’re proud to have told their story and to accept this award on their behalf as well,” Sorkin said.

The film is set during the 1968 Democratic Party Convention in Chicago and its aftermath. The protests from activists led to violent confrontations with the local authorities. As a result, seven of the accused ringleaders were arraigned on conspiracy charges to overthrow the U.S. government. Along the way, each of the prosecuted activists came to respect one another in their common cause.

“The Trial of the Chicago 7” follows what was intended to be a peaceful protest at the 1968 Democratic Party Convention that turned into a violent clash with police and the National Guard. The organizers of the protest — including Abbie Hoffman, Bobby Seale, Tom Hayden and Jerry Rubin — were charged with conspiracy to incite a riot, and the trial that followed was one of the most notorious in history.

“‘The Trial of the Chicago 7’ provided historical context to many of the issues that our members have been covering in the past year, from political divisions to mass public protests, racial injustice and violence by police,” said LA Press Club President Lisa Richwine.