HOLLYWOOD, CA, February 13, 2017: The Los Angeles Press Club is excited to announce the winner of its 2nd annual Veritas Award for the Best Film Based on or Inspired by Real Events and People. This award is judged by members of the LAPC — based equally upon fidelity of subject matter and artistic excellence.

The clear-cut winner for 2016, determined by a membership vote, is 20th Century Fox’s Hidden Figures written by Theodore Melfi and Allison Schroeder, based on the book by Margot Lee Shetterly and directed by Theodore Melfi; starring Octavia Spencer, Taraji P. Henson and Janelle Monae.

Hidden Figures is the untold story of a team of African-American women mathematicians who served a vital role for NASA during the early days of the struggling U.S. space program. The story highlights the work of the visionary trio who triumphed over both racial and gender bias to launch astronaut John Glenn into orbit and thereby lift the spirits of a nation and inspire generations to dream beyond the heavens.

It seems fitting our members would choose Hidden Figures for our Vertitas Award. Had it not been for the book and this movie the importance of these women might never have been widely known,” said LA Press Club President Robert Kovacik, Anchor/Reporter of NBC4 Southern California.

WHAT: The Veritas Awards
WHEN: Wednesday, February 22 at 6 p.m.
WHERE: Los Angeles Press Club @ The Steve Allen Theater 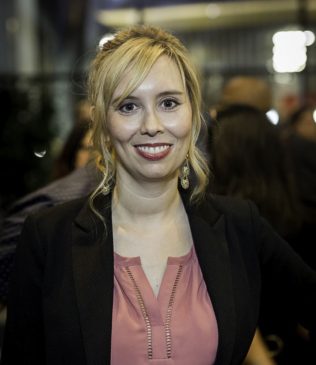 The Los Angeles Press Club stands as an organization devoted to improving the spirit of journalism and journalists, raising the industry’s standards, strengthening its integrity and improving its reputation all for the benefit of the community at large. Serving the Southland since 1913, it is the only Southern California journalism group that speaks for all journalists working for daily and weekly newspapers, radio & TV, magazines, documentary films and online.

One Thought to “Veritas Awards”