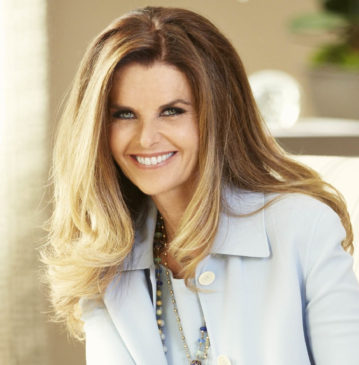 TheLos Angeles Press Club is proud to present Maria Shriver and The Shriver Report with itsPublic Service Award for Journalistic Contributions to Civic Lifeat the Clubs annual gala on June 29.

Shriver receives the award for her expert use ofher journalistic skill and experience to help make the world a better place. A journalist for more than three decades, Shriver has used her journalistic voice to inspire and inform since 2009 to produce the groundbreaking and award-winning series ofShriver Reportschronicling and exploring the seismic shifts in American culture and society affecting women today. The most recent, A Womans Nation Pushes Back From the Brink, received over a billion media impressions after reporting for the first time that one in three women in America is living in poverty or teetering on its brink. The report received the Los Angeles Center for Law and Justices 2014 Justice Award. She also produced the 2014 HBOdocumentary, Paycheck to Paycheck: The Life and Times of Katrina Gilbert,which follows one of those many womenliving on the brink, and was released to rave reviews.

In 2009, the first Shriver Report,A Womans Nation Changes Everything, in partnership with the Center for American Progress,examined the national impact of women becoming fully half the U.S. workforce for the first time.

This was followed by the second report in 2010,A Womans Nation Takes on Alzheimers,in partnership with the Alzheimers Association which reported for the first time that women are at the epicenter of the Alzheimers epidemic the Report used the lens of Alzheimers disease to also examine the national impact of womens role as unpaid caregivers in the United States.

With a career in journalism spanning more than three decades, Maria Shriver has been a network news correspondent and anchor for CBS and NBC. She took a leave of absence from network news in 2004 when she became First Lady of California, but she continued to train her journalists eye on the transformative societal trends impacting women as breadwinners, parents, caregivers and consumers. On her Facebook page, Shriver describes herself this way: Im a journalist, producer, author & mother. My mission is to inform, inspire & ignite people to be Architects of Change in their own lives & communities. Maria Shriver truly practices what she preaches.