Since the tragedy in Orlando there has been a spotlight on homophobia within Muslim communities, the subsequent anti-Islam backlash, and the claim by conservative Muslim organizations that you are “either with us or against us.”
The Los Angeles Press Club teams up with The Markaz and Muslims for Progressive Values (MPV), for this special Ask A Muslim, offfering an opportunity for an honest discussion about being LGBTQI and Muslim.

This panel features Dr. Hamid Mavani, an Islamic scholar at Bayan Claremont, and Ani Zonneveld from MPV, with LA Times moderator Jaweed Kaleem. The conversation will review the realities faced by LGBTQI Muslims in the U.S. and abroad, and will discuss how mainstream Muslim organizations deal with homophobia. The panel will also discuss recent revelations that there is an entire “Islamophobia industry” in the United States, funded to the tune of more than $200 million.
THIS PANEL IS FREE AND OPEN TO THE PUBLIC. LIGHT REFRESHMENTS INCLUDED. RSVP HERE!
THURSDAY, JULY 14TH, 7 PM, AT THE LA PRESS CLUB, 4773 HOLLYWOOD BLVD, LOS ANGELES, CA 90027 (JUST WEST OF VERMONT). AMPLE FREE PARKING.

Ask A Muslim is a new monthly series free and open to the public that addresses some of the most pressing questions surrounding Islam today. In a time when Islam is the subject of much discussion and controversy in the media, Ask A Muslim hopes to foster an ongoing open dialogue, in a safe space for debate. The series endeavors to promote a more informed understanding of Arab/Muslim cultures, and to engage the greater Los Angeles community across all religious, cultural and political boundaries, to foster public conversation about the Qur’an and what constitutes a compassionate, egalitarian and peaceful practice in all its manifestations, with the intention to dispel simplistic or stereotypical interpretations and vilification of the Muslim religion.

PRESENTED BY THE LA PRESS CLUB, THE MARKAZ AND MUSLIMS FOR PROGRESSIVE VALUES. SPONSORED IN PART BY THE A & A FUND AND BANA & NABIL HILAL.

The Markaz is L.A.’s Arts Center for the Greater Middle East, where arts and peace give voice to our dreams for peace. MPV’s mission is to embody and be an effective voice of the traditional Qur’anic ideals of human dignity, egalitarianism, compassion and social justice. 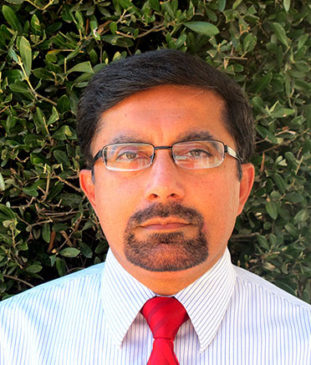 Hamid Mavani is an Associate Professor of Islamic Studies at Bayan Claremont—Claremont School of Theology in California. His expertise in Islamic Studies stems from both academic training at universities as well as specialized theological training at the traditional seminaries in the Muslim world. His primary fields of interest include Islamic legal reform, women and Shi‘a law, Islamic theology and political thought, Islam and secularity, intra-Muslim discourse, and environmental ethics. He is the author of a book published by Routledge in June 2013 titled, Religious Authority and Political Thought in Twlever Shi‘ism: From Ali to Post-Khomeini. Dr. Mavani’s scholarship also includes translations of Islamic texts from Arabic and Persian into English. His most recent translation from Persian to English is a work on jihad by Ayatollah Salehi Najafabadi, providing a novel and a creative re-reading of this much misunderstood concept. He is presently under contract with the Center for Islam and Religious Freedom (CIRF), translating a ground-breaking work by Ayatollah Mohsen Kadivar on Islam, apostasy, and blasphemy. 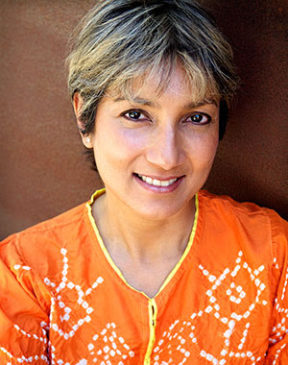 Ani Zonneveld is founder and President of MPV. Since inception, Ani has presided over MPV’s expansion to include chapters and affiliates in 12 countries and 19 cities. She has organized numerous interfaith arts and music festivals, participated in many interfaith dialogues and is a strong supporter of human rights and freedom of expression. She is the brainchild of Literary Zikr – a project that counters radical Islam on-line and co-editor of MPV’s first book, an anthology titled “Progressive Muslim Identities – Personal Stories from the U.S. and Canada”; she has contributed to many forewords and numerous anthologies and is a contributor for HuffingtonPost, OpenDemocracy and al-Jazeera, and recently gave her TEDx talk titled – Islam: As American As Apple Pie. As an award winning singer/songwriter, she utilizes the power of music and the arts in countering radicalism as she speaks-sings her message of social justice and peace from a progressive Muslim woman’s perspective, and is the first woman to release an English Islamic pop album in the U.S. in 2004. Born and raised Muslim from Malaysia and based out of Los Angeles, Ani spent a good portion of her formative years raised in Germany, Egypt and India as an Ambassador’s daughter. Her exposure to different politics, religions and cultures has shaped her inclusive worldview. 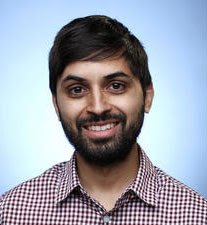 (Moderator) Jaweed Kaleem is the national race and justice reporter at the Los Angeles Times, where he writes about how race and ethnicity shape our evolving understanding of what it means to be American. Before joining The Times, Kaleem was the senior religion reporter at the Huffington Post for five years. From 2007 to 2011, he was a reporter for the Miami Herald. He attended Emerson College in Boston and grew up in Northern Virginia.

Read an Al Jazeera article on the multimillion-dollar Islamophobia industry in the U.S.

Read an interview with 7 Muslim Americans.