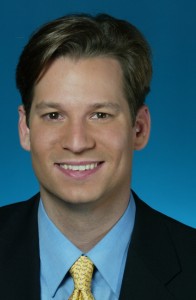 The Daniel Pearl Award was created in 2002 by the LA Press Club and the family of Daniel Pearl in memory of the slain Wall Street Journal reporter.

Only recently, Engel was with Libyan rebels south of Benghazi when they came under fire by Gaddafi forces. He was on-camera when artillery rounds began exploding, forcing him to dive for cover. It helped bring the conflict home to millions Americans who watch NBC Nightly News.

“We are thrilled and honored to see this year’s award go to Richard Engel whose broad and insightful coverage of the Middle East, especially through its recent transition, has been pivotal to our understanding of the people of the region, their aspirations and their struggle for freedom and dignity,” say Ruth and Judea Pearl, the parents of Daniel Pearl.

Richard Engel was named NBC News Chief Foreign Correspondent in April 2008. His reports appear on all platforms of NBC News, including “NBC Nightly News,” “Today,” MSNBC, and msnbc.com. Engel, one of the few western journalists to cover the entire war in Iraq, joined NBC News in May 2003.

Engel has lived in the Middle East for more than twelve years and speaks and reads fluent Arabic, which he learned while living in the slums of Cairo after graduating from Stanford University in 1996 with a B.A. in international relations world.. Engel is the author of two books, “A Fist in the Hornet’s Nest” and “War Journal: My Five Years in Iraq,” chronicling his experiences covering the Iraq war.

Lesley Stahl of 60 MINUTES will receive the President’s Award, for her impact on the media. John Schwada,, a veteran reporter with KTTV FOX11 will receive the Joseph M. Quinn Award for lifetime achievement.

Jeff Gottlieb and Ruben Vives of Los Angeles Times will receive the club’s first ever Public Service in Journalism Award for their city of Bell salary scandal series.

They will be among hundreds of media professionals taking part in the Southland’s oldest and most distinguished journalism gala in the historic Crystal Ballroom at The Biltmore Hotel, where the Oscars were born.